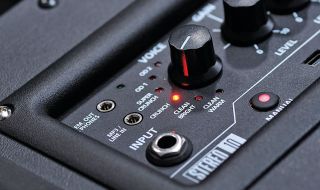 Blackstar Amplification has announced an update to its Insider software, with plenty of benefits for ID:Series and ID:Core amplifier owners. Version 1.6.0 includes the Super Wide Stereo feature on all ID:Series models for recording/playback via the amp's emulated output or USB audio, and Super Wide Stereo on ID:260TVP live sound.

Want to find out how to record onto an iOS using ID:Core or ID:Series and the Apple Camera Connection Kit? Watch the following video:

Here's the ID:260TVP in action in Super Wide Stereo: