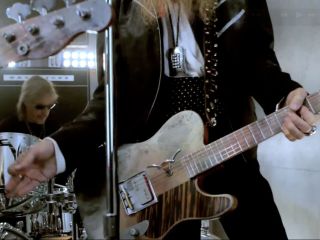 Billy Gibbons with his Norwegian wood.

It sounds like an unlikely collision between ZZ Top and the Beatles but a new humbucker-sized pickup, designed by boutique maker Cream T for Billy Gibbons, has Norwegian wood at its core.

The GTR-T has found favour with Billy Gibbons of ZZ Top who has installed a GTR-T at the bridge of his 'Stoner' model John Bolin custom guitar, joining Joe Bonamassa in the ranks of top players who have trialled Cream T pickups. The GTR-T is now available in Britain, Cream T report, for around £140.