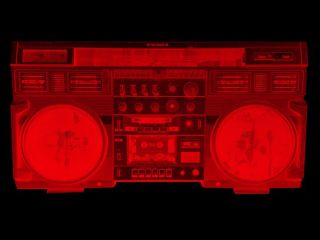 As the old saying goes, seminal post-hardcore bands are like busses; you wait over a decade for one to reform, then two turn up at once.

Last night two of the finest punk rock bands in recent memory - Texan five-piece At The Drive-In and Sweden's Refused - both confirmed that they are reuniting this year. Both bands were revealed as part of the line-up of California's Coachella festival, while Refused have also confirmed an appearance at Way Out West festival in their native Sweden.

The two bands share a similar history, both splitting up at the peak of their success shortly after releasing seminal albums. Refused imploded during a difficult tour of the US, shortly after the release of their 1998 classic The Shape Of Punk To Come. ATD-I split in 2001, less than a year after the release of the much-lauded album Relationship Of Command, with the band members dividing to form prog-rockers The Mars Volta and punk band Sparta.

Rumours of both bands' reformations have been circulating for the past week. A few leaked Coachella posters listing Refused's name made it on to the internet a few days ago, while a Russian promoter announced last month that they had booked ATD-I to play 'at least one show.'

Both Refused and At The Drive-In are expected to announce more live dates in the near future. In the meantime check out the videos above and below as a reminder of how great both bands were.

Here's hoping that Fugazi take the hint and complete the set…