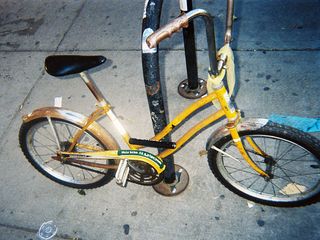 For a week dominated by the crowning event on British music's calendar (er, the Brits?), you might be surprised to discover other music-related business was happening while our backs were turned.

Six things, to be precise. Although, admittedly, point six is Brit-related. Sorry…

Here's what we learned about music this week…

1. Santogold will forever more be known as Santigold

Considering Santigold's real name is Santi White you have to wonder: what was with the 'o' anyway? The singer gave no reason for the change when she announced it last week but the small matter of a lawsuit involving Santi Rigatuso - aka Santo Gold - probably has everything to do with it.

2. Flo Rida is more popular than Eminem, and everyone else

On 18 February, Flo Rida's Right Round jumped from 58 to 1 on the official Billboard Chart. It sold 636,000 digital copies in a single week - that's the largest first week sales in digital history. Who held the previous record? Eminem. For one measly week.

On Monday, fear was growing over the whereabouts of "missing" musician Gerry Rafferty of Stealers Wheel and Baker Street fame. On Wednesday, Rafferty's lawyers issued the following statement: "Contrary to reports, Gerry is extremely well and has been living in Tuscany for the last six months." Where was our postcard, Gerry?!

4. Big and clever band names are not big or clever

5. Touch And Go is scaling back: "a sad day for music"

The Chicago-based label's owner of 28 years Corey Rusk issued the following statement: "for nearly two decades Touch And Go has provided manufacturing and distribution services for a select yet diverse group of other important independent record labels. Unfortunately, as much as we love all of these labels, the current state of the economy has reached the point where we can no longer afford to continue this lesser-known yet important part of Touch and Go's operations."

Two high-profile performances (the Grammys and the Brits) in one week, two completely different Viva La Vida vocal performances. Have Coldplay 'gone off' the recorded version or is there a darker driving force?