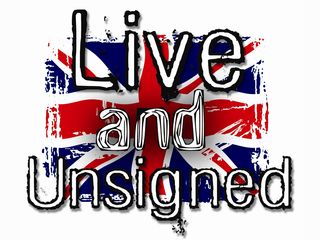 As the 12 days of Christmas draw to a close, here are a dozen great reasons to enter the UK's biggest unsigned music competition, Live and Unsigned.

1. There's up to £100,000 of prizes up for grabs throughout the competition, with the winner's package including a UK tour of up to 100 shows.

2. There's also a new additional prize of £10,000 cash for the winning act to spend as they wish on the development of their act this year.

3. The winning act will then receive a further publicity package worth up to £10,000 including possible coverage in Kerrang! Q Magazine, NME, Mojo Magazine and many more!

4. The winning act will be included on a CD which will be distributed to 40,000 people!

5. There are over 75 slots up for grabs for this year's contestants, with organisers from festivals such as Beach Break Live and Norfolk Spectacular selecting acts throughout the competition!

6. As well as UK festivals, acts have the chance to win slots at international festivals such as Canada's Supernova festival, Latvia's Summer Sound Festival and Tour Music Fest in Italy.

7. There are other prizes up for grabs throughout the competition, including Blackstar and TC Electronic amps, Fret King and Vintage guitars, and studio time!

9. The Live and Unsigned 2012 competition is to be filmed and broadcasted by Sky TV as part of an exclusive documentary, giving acts the opportunity of television exposure for their music!

10. Whether treading the same boards as Jimi Hendrix at Sheffield City Hall or following in the footsteps of Coldplay at the Newcastle Journal Tyne, the Live and Unsigned live music showcases bring contestants to the best music venues in their area!

11. The competition's Grand Final is incorporated into London's biggest indoor festival Live Fest, meaning finalists will be playing at the world-famous London O2 on the Indigo2 stage!

12. Finally, the Live and Unsigned competition is really fun! By entering, acts will be part of the UK's biggest unsigned artist competition, and will meet thousands of great acts along the way.

If you want to be a part of the Live and Unsigned 2012 competition, visit the competition website to enter.