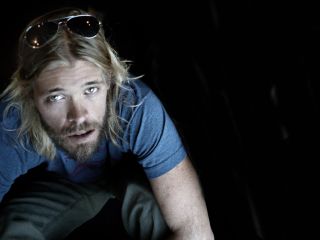 Dennis Wilson was one of the founding members of The Beach Boys and drummer for the band until he died in 1983. Holy Man was one of Wilson´s unfinished tracks, which is being reworked as part of a reissue of his only finished solo album: Pacific Ocean Blue.

NME.com reports on the reasons for choosing Taylor Hawkins with a quote from Gregg Jakobson, co-writer of the original Pacific Ocean Blue album: "I always said: 'Taylor, you sound just like Dennis'. Taylor is just a natural. He came in, he did the vocal within an hour and I really think he knocked it out of the park".

You can hear Taylor Hawkins´ singing prowess for yourself in this video - live from Hyde Park in 2006.