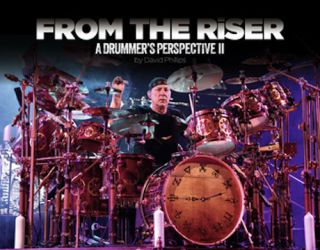 The second book features more drummers, more pages and even better pictures than its predecessor. Oh, and there's also a foreword from Rush legend Neil Peart.

There are just thirty days to raise the funds and lots of great ways you can be part of the project. If successful, David expects the book to be delivered late spring 2014.

As part of the campaign there's a host of treats for pledgers, including signed books, art prints, band photo shoots and even your chance to appear in the book alongside the great and the good of the drum world!

To learn more about the book please visit the project's pitch page here.