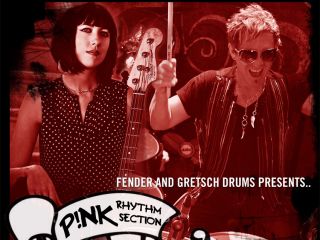 Fender and Gretsch Drums have announced a short clinic tour featuring Pink's rhythm section. Drummer Mark Schulman and bassist Eva Gardner will be appearing at Sound Attak in Colchester on 18 April, and Music Maker in Dublin on 19 April.