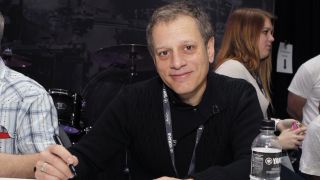 A host of top drumming stars will head to London's iconic Ronnie Scott's club in 2015.

Billy Cobham will be at Ronnie's for a week-long residency from 23 to 28 February, with Mark King and Michael Lindrup of Level 42 appearing as part of the show on 28 February. Tickets for the shows range from £35-£55, with the 28 February gig featuring King and Lindrup coming in at £50-£70.

Dave Weckl comes into town with his acoustic band on 27 and 28 April. The band also features Gary Meek, Tom Kennedy and Makoto Ozone. Tickets for the shows cost £30-£45.

There are plenty more treats throughout the year, such as Bill Stewart's January shows, the Pat Martino Trio performing in May and a brace of Dr John gigs in March. For full details visit www.ronniescotts.co.uk.