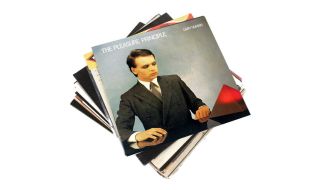 DJ EXPO 2014: Since the mid 1980s, artists have been sampling breaks and beats from their favourite records, merging the past with modern styles, sounds and technologies to create something new and original.

Here we give you 13 killer beats that have been sampled by dozens of mainstream artists, including some genuine classics that still stand up today. Of course, if you plan on sampling music created by other artists in your work then be sure to seek their permission beforehand!

Too many artists to mention have utilised The Winstons' legendary six-second (four bar) Amen Break. It's arguably the most sampled drum loop of all time.

Under the guidance of The Godfather of Soul, Clyde Stubblefield's eight-bar solo has been a staple break for hip-hop greats such as Public Enemy, Run DMC, and Grandmaster Flash.

A cover of a 1960s track by The Shadows, this obscure version featured a long percussion break that spawned countless beat samples on hip-hop, rap and dance records.

Sly And The Family Stone - Sing A Simple Song

This old-school funk killer was covered by numerous R&B and soul acts before the break found a new home amongst hip-hop elites such as 2Pac, Wu-Tang Clan and De La Soul.

Led Zeppelin - When The Levee Breaks

A classic house anthem in its own right yet the drum break showed its versatility when sampled on Technotronic's 1989 worldwide smash hit Pump Up The Jam.

From their Live at PJ's album, the opening track's funky beat has become an omnipresent hip-hop sample used by N.W.A, Public Enemy, and A Tribe Called Quest.

Phil Collins - In the Air Tonight

No, seriously. Samples have featured on tracks by Shaquille O'Neal, Nas, and Tupac Shakur, while both Beck and Prince Rama re-recorded that trademark drum roll (3:16).

This bona-fide classic drum rhythm is so laid back it's virtually horizontal. The beats on this Meters funk instrumental have been looped by N.W.A, 2 Live Crew and many more.

The use of that unmistakable Linn Drum snare sound 'knock' is virtually a Prince copyright, and perhaps deserved of entry into the sample hall of fame!

No-one knows who laid down the beat to this blues classic but Kanye West, Eminem, Cypress Hill, Mary J. Blige and others have all sampled it.