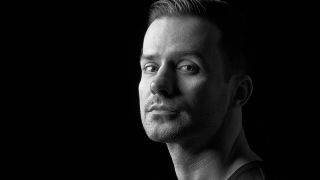 The production marks a stark musical evolution from the two-time Grammy and ARIA nominated DJ, with 'XV' embodying a mature and diverse sound that showcases Dirty South’s musical journey over the course of the past decade-and-a-half.

Well known for producing club-ready anthems or film score sounds, Dirty South has also proved himself to be equally adept at remixing, with a string of releases with some of the biggest names in RnB and pop.

With a constant relentless schedule of festival and tour dates, it’s hardly surprising that we would turn to such a seasoned pro for his five top tips as a producer...

“What I mean by this is to keep that inner childish innocence inside you burning. I believe this is one of the major keys in making good art. Having this mentality will help you make the stuff you are always excited about.

“When I first started my career, I was extremely excited about making music and I worked like crazy. Then lots of touring came, a little bit of fame and money. It’s easy to get lost in it all and forget that child instinct that started it all. Happens to a lot of people and I’m also guilty of all that, but I managed to find my way back to that child and it’s an incredible feeling making music this way.”

“Inspiration can come at the most unexpected times, even when I’m not ready to make music. It’s a really exciting feeling having this burst of creativity. I can also be in the studio ready to make music and no lighting bolt would strike.

“This on the other hand can really suck. What I found is not to get bothered if no idea is coming to me in that instant. I simply fire up a synth or a drum machine and start messing around. I treat it like a jam session and start layering stuff and experimenting with no pressure or expectations until some magic reveals itself.

“It’s easy to sit there and wait for inspiration but that’s not productive and it can get depressing if nothing comes for a long time. I feel that just diving in and letting loose gives me at least some sense of accomplishment even if it’s just a jam session or I end up learning some new features on a synth.”

3. Listen to music on a variety of speakers/monitors

“This is one of the more important points for a few reasons. First of all, the studios/rooms/bedrooms that music gets made in are not ideal for critical listening and judging mixes. They are usually not the perfect dimensions or they haven’t been treated properly to deal with sound bouncing around the room before it gets to your ear to make that final mixing decision.

“Another thing I learned early on is to take breaks. I find that taking breaks makes me more objective and less biased to the ideas I’m working on because when I take a break, I can come back fresh and have a real instinctive reaction when I play that idea back. The break can be an hour or a day.

“Sometimes I put the idea on a long break and come back to it in few months and that can work too. On my new album I had couple of really old ideas that were sitting on the computer and when I opened the project I was able to instantly gravitate towards it because it was fresh in my mind.”

“This makes me focus better. When I give myself goals, I find myself working towards something solid and real and I can almost visualise it. Not having a goal makes me a little lazy and I start to wonder what’s next and what I should work on. That usually ends up in sitting in the studio and watching movies and not being productive.

“Setting goals and achieving them is an incredible feeling. I’ve done that with all 3 of my albums so far and I always remember that euphoric feeling of completing the goal!”