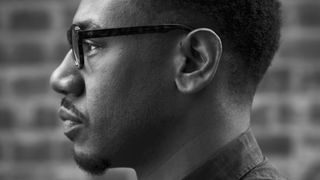 This is a man who has his own sound. As one of the key producers of his generation, Wookie fearlessly joined the dots between the crisp new UK garage sonics of the dawning millennium, and the fierce chops and bass drops of the underground jungle scene.

He took the cutting-edge soundtrack of the clubs, and wove in cellists and live musicians, touching on Latin flavours and jazz, before allowing his right-hand vocalist, Lain, to ride these intoxicating rhythms with the command of a Gospel preacher, and the effortless swagger of a slick R&B video star.

Wookie, and his productions, oozed confidence – thanks in no small part to the world they came from. His studio was located in dance music legends Soul II Soul’s Camden recording complex, having worked for them since the mid-nineties, running the boards and remixing tracks. He was surrounded by greatness, daily, and had access to all of Jazzie B’s vast array of synths, drum machines and instruments, as well as a treasure trove of DATs and master tapes to plunder for his own productions.

“I was so lucky to be in Soul II Soul’s studios when I was making this album,” says Wookie.” Back then, in the garage scene, there weren’t many guys that came from such a studio complex.

“It helped me do what nobody else was doing in garage – having live instruments playing, or meshing the electric sounds with the analogue. We had acoustic guitars and live strings, but with breaks and filters and all them type of things going on over the top. It was serious music.”

Looking back, Wookie’s sound gets called garage, but it was so much more. “It doesn’t sound like garage,” says Wookie. “Put on some MJ Cole next to me, or any of the other guys out at the time who had that real 2-step garagey sound. I didn’t have that. I joined all this different music together and came up with my own style.

“Jazzie said to me, ‘In order for you to have some sort of success, you have to have your own individual sound’. Luckily for me I achieved that.”

“I remember this track a lot because it was in the middle of writing this tune that all the labels wanted to sign me. Simon Bushell, an A&R from Sony, brought down his bosses. It was literally a chain of command all the way up to Paul Burger, who was the head of Sony in Europe.

“They all came down the studio to see me, and Lain was in the mic booth at the time recording Get Enuff’, and we had to stop to entertain them. Anyway. They left, happy, and we finished the track.

“We wanted the song to have a good feel, and have a bit of that off-the-wall vibe to it. It’s one to get people up and dancing – the perfect opener to the album.”

“I’d done Scrappy and Down On Me a year before the album. They were the first tracks to have the name Wookie attributed to them. Before that I was working with a guy called Johnny J under the group name of the X-Men.

“We’d done a coupla remix bootlegs of tracks like Whitney Houston’s It’s Not Right But It’s Okay, Brandy’s Angel and Debelah Morgan’s Yesterday. After we’d done those I did Scrappy.

“The whole track was written as it starts. The main melody came to me first, and everything came from that.

“The title ‘Scrappy’ is because the music sounds like the bit in the Scooby-Doo cartoon when Scrappy-Doo goes ‘Puppy Power!’ The song reminded me of that [laughs].”

“Initially, the bassline on the first drop of Battle was the whole tune. I was writing it as another instrumental club track. And then Lain walked in the studio and started losing his mind. He was like, ‘Oh my god! Let me jump on this, man!’

“I couldn’t hear where a vocalist could sit on it, so I had to adapt it to make it work. I had to change the bassline and go into a different section for the song to work. That’s why there are two parts to the song.

“Lain came up with the idea, vocally, for that one. He’s talking about the everyday struggles of life. We always tried to make songs that were uplifting.

“Lain just stuck his magic on it and that track just blew up, much to my surprise. I didn’t think it would be that big, but it became a classic.”

“I was using a program called ReCycle. I would take loops and breaks and chop them up in that, then feed them back into my sampler, have them spanned across the keys, and then use the sounds to make my drum patterns.

“I liked to make my drums from scratch and build them all up. I’d have all these little parts, each with their own rhythm, and then put them all together until it made up one loop.

“It meant that DJs found it hard to mix my tracks, because there might not be a kick where you’d expect, or the snare might be on the offbeat [laughs].

“I always felt that it should sound interesting, and that you shouldn’t follow the formula. The formula was really just whatever way I wanted to write music. If the drop felt like it should go there, I’d put it there.”

“The track is about the birth of your first child. The funny thing is that Lain and I didn’t have any kids then. We had no idea about it. But I had this tune idea and Lain totally got with it. We were just thinking of things a father would say to their unborn child.

“In the second verse, the child is born. Lain sings, ‘You’ve got your mother’s eyes/I just can’t get over you/Moments of sacred love/When God gave us you’. That was about sex, but we tried to make it beautiful.

“To be honest, that is my favourite track on the album because it has the most meaning. The middle eight, where it drops into that abyss of just vocals and melodies, just gets me every time."

“It’s an instrumental, but originally it was written for a girl singer we had over from Antigua, and it was called ‘Girl Friend’. We never completed it. It never worked, vocally.

“So I got a guy called Michael McEvoy in. He was an idol of mine, and a musician that Soul II Soul worked with for years. He plays guitar. I asked him to play over the whole track. I wanted him to just be the vocalist with his guitar.

“I let the track play three or four times, and he jammed down to tape. Then I sampled everything he played and created that guitar you hear. Basically comping it out like you would a vocal. I remember cutting and slicing little bits to make a full solo. It was like half an hour of editing to get one riff just right.”

“That stands for Voltage Control Frequency. It’s actually a control on the SE-1X. I just took that name.

“I liked messing with sounds. All those little morphing frequencies that I’m doing all over the album [mimes a ‘wah wah wah’ wobble], they were all written in by hand. Step by step.

“I would assign the filter control to the modulation wheel on the JD-800, and I would bend it up and down to give it that movement. Left and right would pitch it up and down, but I never did that. I’d always push it in and out. I would record each part manually. And just go back and repair it if it wasn’t good enough, until it was tight.”

“The version that’s on the album is without the lead vocals. It’s just the BVs. Kinda just the PA mix. I wasn’t sure if the vocals were a bit...ostentatious. Is that the right word?

“Lain wrote the words for Success, and that was in the early days of our writing partnership. I’d just let him do what he did. He was the vocalist.

“I just recorded the full vocal off DAT recently, because we’re releasing the full album on Spotify and iTunes right now. This album hasn’t been available online. Which is mad, me getting the request to talk about this album now [laughs]. We’ve just got the rights back for the album. I can put it online, and now someone wants to talk about it. Great timing!”

“At first I thought DJs aren’t gonna be able to mix this [laughs]. Where’s the beat when this plays? It’s only apparent when the chorus is playing. Then you go, ‘Oh, that’s where it is’.

“The guitar part on this track is from a session I did with Melvin ‘Wah Wah’ Watson. He was the guitarist for Rose Royce and played on Car Wash. I was hyped to be working with this total G [laughs]. He was the funniest character. He was in his late 50s and one of them cool cats. He’d light a cigarette and hold it between his little finger and the next one and played the guitar with it burning away.

“I went through a DAT from that session and picked out a few guitar lines. I added them to Flex and they just fitted.”

“The vibe of this track reminded me of something that Jamiroquai would do. I tried to make the drum programming sound as live as possible, with all the little fills and everything. Then I added a bass player, and let Lain do his thing.

“The bass playing is from Freddie Thompson, another player who’s done a lot. He came down, and I’d written the track, but with me playing all the bits. I wanted him to come in and replace what I’d done with real instruments.

“I’d also hired in a real Rhodes, too. I remember setting that up in the live studio room. It was so cool. Just going in there and playing on it. That would have been the first time I’d played live down to tape, too. I made a load of mistakes [laughs], but that’s half the fun!”