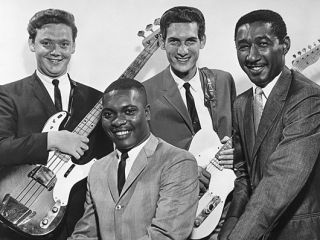 Donald 'Duck' Dunn, the soulful bassist who played on a string of stone cold classics as the bassist for Booker T & The MGs and a session musician has passed away aged 70.

Dunn's longtime bandmate and friend Steve Cropper broke the news on Facebook this morning. "Today I lost my best friend," wrote Cropper, "the world has lost the best guy and bass player to ever live."

Dunn reportedly died in his sleep on the morning of Sunday 13 May 2012 after finishing two performances at Tokyo's Blue Note Night Club.

Born in Memphis in 1941, Dunn's big break came in 1964 when Cropper convinced him to join Booker T & The MGs after the departure of the band's original bassist Lewie Steinberg.

Later, as a session musician, Dunn's wonderful bass grooves would become a key component of the Stax sound and feature on hits by such greats as Otis Redding, Wilson Pickett and Sam & Dave. An extensive discography features on Dunn's official website.

Dunn was inducted into the Rock And Roll Hall Of Fame in 1992, and received a Lifetime Achievement Grammy Award in 2007.

'Duck' Dunn had been a grandfather since 2005, and will be sadly missed by his friends, family and soul music fans across the globe.