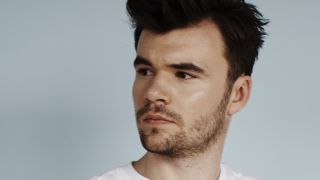 Since grabbing the electronic music world’s attention with his Marvin Gaye and Tammi Terrell-sampling hit Make Me Feel Better in 2015, British DJ  and producer Alex Adair’s career has gone from strength to strength.

He’s remixed for the likes of Ed Sheeran, Jessie Ware and Imagine Dragons, and has played DJ sets around the globe.

His latest release is I Will, a slick summer anthem that features vocals from Eves Karydas. Check it out below, along with five pieces of advice based on Alex’s music-making experiences thus far.

1. Everything should be made as simple as possible, but not simpler

“…To quote Albert Einstein. This is a phrase I always remind myself of when producing/writing a song. I think it’s so important to have memorable moments in a track that everyone can understand, but at the same time be something that does not sound monotonous. Sometimes, adding that extra percussion hit, adding that extra note onto a riff, or colouring your chords is actually just overcomplicating things and making your track harder to listen to.”

2. Get their attention from the first 10 seconds

“I think it’s crucial to start a song with a hook, especially nowadays with streaming being as integral as it is. Whether that’s a teaser to the chorus/drop in the song, or a standalone section in itself, the intro to a song really decides whether someone is going to listen to the rest of the track or skip to the next one. A lot of people don’t put enough effort into this section of the song, but it’s one of the most important parts.”

3. Give me some space

“Similar to my first point about simplicity, having space in the track for everything to stand out is something I always think about. When I started out I always used to layer so many things up - plucks, leads, basses etc. However, now I really try and make every sound I use the finished article; I don’t use a sound if it's not noticeably adding something to the track.

“I know it sounds like an obvious thing, but it’s really easy to just add things in for the sake of it and start to ‘muddy’ up your track. You end up having a much more expensive sound to your production if it’s more minimal, but you’ve really worked on every sound.

“I also think about space when it comes to the rhythm of the track. Leaving certain beats silent rather than filling in all the gaps gives the track a much better groove.”

“Whether it’s finding new samples or using a different go-to VST, I always try to use different things to create my music. It’s easy to find something that works and keep on using that, but you’re not going to better your music sonically if you don’t try and switch things up.

“Working with other producers is a great way of finding out about new plugins etc. Everybody has a different way of working that you can learn from. I take time to try and make different kinds music as well. When you do that you naturally end up using equipment you wouldn’t have used in the past.”

5. There is no magic button to make your music sound incredible

“Sounds like an obvious point, but in the early days of me producing music I was always looking for secret tips or plugins that professional producers used to make their music sound that much crisper and complete. Yes, there are master engineers and mixers involved when dealing with professional level songs in comparison to an amateur producer in their bedroom. However, there isn’t one magic trick to make everything sound incredible. And as soon as I understood that, I progressed much more rapidly as a producer. A kid in their bedroom is probably using the same software a top level producer is using. You just get better at producing with every track you make. It takes a lot of time; you have to be patient in this industry.”