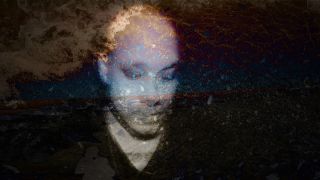 Alap Momin has enjoyed a musical career that’s been as impressive as it has been diverse. Better known as Oktopus, he spent 15 years as part of noise/hip-hop outfit dälek, while also working as a recording and mix engineer for the likes of The Jon Spencer Blues Explosion and The Dillinger Escape Plan.

His latest project sees him collaborating with Glorybox’s Jan Johansen as Third Culture Kings. Debut album Is That Light You Carry? will be released on 18 August via 100.000 / Internet & Weed Recordings, and almost all of it was created on the duo’s phones.

We asked Alap to digest his music making knowledge into five essential pieces of advice. Here are his words of wisdom.

1. Focus on the groove

“If your groove is strong it doesn’t matter what you do on top. I realised very early on in my high school hardcore bands that, as long as the drums and bass made you wanna go off, anything else you did on top could only enhance it. And vice versa: if the groove doesn’t make you wanna move, it won’t matter how many things you add to the song; it will never make you move.”

2. The song is everything

“If the song is strong it doesn’t matter if your production/mix isn’t perfect. The song is everything! Whenever I am working on a well-written song it always seems like the mix/production just come together super quickly. It’s when the song isn’t quite there yet that you find yourself constantly turning knobs and questioning everything.

“Next time you’re stuck in a mix, see if there’s anything you can do to make the song tighter and you'll see how quickly it will all come together.”

3. Find your own sound

“Everyone has the same plugins/gear/DAW, so don’t worry about sounding enough like other people or what’s popular - the chances are you do. Worry more about finding your own sound(s). There is no right way to do anything.”

4. Removing parts can be as useful as adding them

“When mixing, try turning tracks off. Even parts you felt were the main ingredients. You can get incredible results and new perspectives simply by turning parts off.”

5. Gear doesn’t matter at all

“Sort of related to my second tip Ideas are the hard part; gear is there to help you execute. All the gear in the world won’t help you come up with original concepts. And honestly, it feels like the less gear people have, the more original they sound.

“I make 90% of my music on my phone. I only use the studio to assemble and mix these days. I’m literally cutting samples, writing melodies, or making beats all day and all night everyday. On the subway, in line at the post office, on the bus, on my couch, walking, in bed at night. I’m constantly in a state of creation with only my phone.”