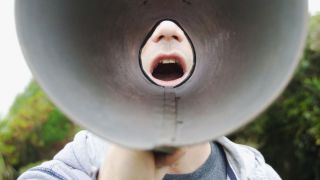 Unless you’ve spent the past 12 months so engrossed in Serum’s wavetable editor that the outside world has become but a distant memory, you’ll have noticed that we’re living through interesting times at the moment. Of course, by ‘interesting’ we mean ‘utterly terrifying’.

During such turbulent eras musicians have traditionally turned to making protest music, but from Bob Dylan’s meaningless Blowin' in the Wind to Mike Reid’s challenging UKIP Calypso, protest songs are exclusively dreadful pieces of music. Theoretically, their musical shortcomings are mitigated by their ostensibly world-changing powers, but in reality, their effect is limited to say the least.

In fact, creating protest music isn’t just a waste of time, it’s likely to be counter-productive to your cause. If that sounds like an alternative fact, prepare to have your prejudices blown away by MusicRadar’s top 5 reasons why your protest music is actually making things far worse.

No matter how catchy your melodies or funky your beats, don’t fool yourself: your opponents aren’t going to be swayed by your arguments. Even if your message is objectively accurate, it’ll likely have the opposite effect to that which you intended according to this research paper, which notes that “If people counter-argue unwelcome information vigorously enough, they may end up with 'more attitudinally congruent information in mind than before the debate,' which in turn leads them to report opinions that are more extreme than they otherwise would have had."

Let’s take this famous saucily-titled anti-cop jam as an example: despite the evidence submitted to the N.W.A. Court, US law enforcement declined to go F themselves. Who could have imagined such a shocking turn of events?

2. Social media is an echo chamber

Unsurprisingly, Facebook has become the primary source of news for younger generations, but once you’ve dropped your 2-step folktronica truth-bomb on your timeline it’s only likely to reinforce your similarly-minded friends’ opinions.

This is because - as everyone apart from the supremely naive realised years ago - social media is an echo chamber that can isolate us from opposing political ideas. What’s more, when people ‘like’ something they’re given the feeling that they’re helping, reducing the likelihood they’ll actually do something useful.

On the plus side, perhaps you might radicalise your mum, or at the very least get a couple of SoundCloud plays off someone you spoke to briefly at a party in 2007.

3. You’re making money for the man

So, you’re fully committed to dismantling the exploitative capitalist system with your freaky breakcore sounds, but who is really benefiting from your supposedly anarchic antics? You’ve bought a computer (which is unlikely to be organic and locally-sourced), forked out to your ISP to upload the data, and everyone who finds your music is almost certainly going to be data-mined to within an inch of their lives by unscrupulous tech giants.

What’s more, your incendiary bangers may be bookended by ads, making a mockery of your anti-establishment stance.

If you're reading this - let alone making socially-aware future bass music on a MacBook in your local independent coffee shop - you’re not just a regular Joe. You’re a member of the liberal elite, an ill-defined section of society that everyone hates. It doesn’t matter that you’re working in the service industry and scraping by on an income that your parents would consider a pittance: your snobby, highfalutin attitudes are driving a wedge between the classes and you’re indirectly responsible for the rise of right-wing populism in Europe.

Perhaps instead of banging on about identity politics you should write an aspirational song about poppin’ bottles in the club like everyone else?

“I sometimes wonder whether the very idea of self-expression might be the rigid conformity of our age. It might be preventing us from seeing really radical and different ideas that are sitting out on the margins - different ideas about what real freedom is, that have little to do with our present day fetishization of the self. The problem with today’s art is that far from revealing those new ideas to us, it may be actually stopping us from seeing them.”