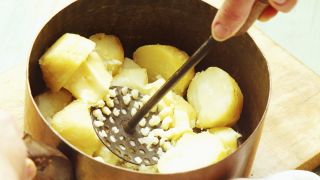 The modern take on the genre clash can perhaps be traced back to the dubplates and ‘versions’ of early reggae, though many of these also have their origins in ska (and then reggae) cover versions of popular US R&B and soul tracks. The key element in the Jamaican re-imaginings was the studio itself, with artificial reverb and echo/delay effects taking the lead, all controlled - alongside mix levels and muting - in real time. It was technology that lead the way here.

Now, in the age of computer-based sound design, recording, mixing and editing, it’s possible to throw a huge arsenal of tools at the production process, making all kinds of genre mash-ups a possibility. In fact, it’s the bootleg mash-up scene that embraces these possibilities to their fullest extent, and with often almost obscene combinations. Elsewhere, subtler approaches are found, such as the classical stylings of Clean Bandit’s Mozart’s House.

Whatever stylistic combinations you fancy bringing together, give yourself the programming and engineering edge with this collection of production tips.

For more on genre mash-ups, pick up the March edition of Computer Music.

The identity of a genre doesn’t just come from the notes you use, but also the production style as a whole, including EQ, compression and effects. For example, if you want to attempt to recreate the sound of Jamaican dub, you’ll need to explore spring reverb and tape delay processing. This will help you get the right sound when looking to add a dub-style fill, for example.

Genre clashes can be subtle. Change your current set of drum sounds for something more usually found in a different genre. A drum ’n’ bass kit for house, or a hip-hop kit for synthwave, for example. There will be times when it doesn’t work, but don’t forget that new genres sometimes come from these sorts of odd choices.

To make the biggest part of a track stand out, it can be important to balance it with something more subtle and simple. For years, many dance genres relied on building to the busiest peaks, but you can also let the build be the ‘big’ point and then drop to a stripped-down ‘payoff’ - an increasingly common feature influenced by trap and moombahton, amongst other styles.

4. A universe of genres

For an expansive look at and listen to the sonic differences between genres, point your browser at everynoise.com. The website lists a huge number of genres, placed close or further away from each other depending on how similar they are. Clicking on a genre plays an example track, and there are Spotify playlists arranged for each one. Hours of fun, from classic Icelandic pop to contemporary post-bop.

5. Bursting at the seams

For tracks that jump abruptly between genres, the hardest part can often be creating seamless transitions. Usually this will require smoothing over the join in some way - FX and drum fills just before the transition can help, although sometimes it can be better drop to a few connective bars to change the mood before continuing.

Try moving beats and basslines backwards or forwards in 16th-note increments. This can have a massive effect on the groove, from trancey bounce to subtler deep house. This is also a great way of escaping your own creative predictability - we all get stuck in certain ways of doing things, so let the computer help pull you away from ingrained habits.

If you’re having problems making an existing vocal fit into a new track - especially at a different tempo or in a new style - the heavy-handed approach may the best way forward. Chop the vocal into many smaller slices at random and load them into your DAW’s sampler with one slice per key. Now you can ‘play’ the vocal like an instrument!

Tempo has a massive effect on how far you can use variable quantise and swing to enhance the groove - for the simple reason that there’s more space to play within each bar. Slow funk or hip-hop can push and pull individual hits quite heavily without disrupting the overall feel; but this doesn’t work quite so well with faster EDM, where rigidly-quantised beats win the day.

Copyright is a confusing thing, but here’s the skinny: the ‘intellectual copyright’ for the composition itself - the sequence of notes - is protected for a certain length of time after the composer’s death. Any recording of it is under another type of copyright, usually 50 years after recording or remastering. In short, work by the still-alive Philip Glass is off limits, but ROMpling out the intellectual property of long-dead Beethoven or Mozart with your own string library shouldn’t be a problem.

Explore the various pitchshifting and timestretching modes within your DAW, and find out what they sound like and which might do the best job in different situations. Some genres use pitch-altered loops, vocals and other elements to good effect, but the different algorithms can have a major effect on the end result.

Try remixing your own tracks. Its a useful way to explore other genres, and having another track as a starting point can make you explore new areas of workflow. This is good for you production chops and will inform the next track you write.

Although this might go against everything said so far, try not to think about genre when you’re working up ideas. As soon as you paint yourself into a particular style, it can be difficult to escape. Spending some time on free-form ideas can be very useful from a writing and production perspective.