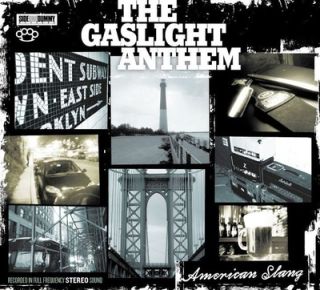 With their breakthrough The 59 Sound album, The Gaslight Anthem built upon the melodic punk foundations laid by debut Sink Or Swim and created a towering collection of infectious rock that paid obvious homage to both fifties rockabilly and the legacy of their illustrious neighbour, Mr Bruce Springsteen.

The Boss took them under his wing somewhat last year on his European tour, and they have emerged with a formula for adding further craft and guile to their songs while retaining the immediacy that makes them vital.

You can smell the stale beer and leaking gasoline on American Slang, but this is no set of clichés. The guitar playing is often much more intricate and touching than the driving rhythm might suggest, while the storytelling lyrics share Springsteen's knack of bringing heroism and beauty into the outwardly mundane. This is the sound of a band on a winning run.

For fans of: Bruce Springsteen, The Clash