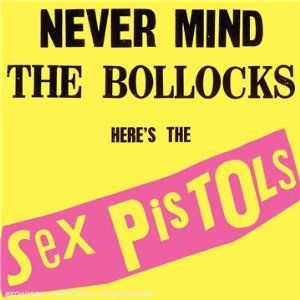 So much has been written about the cultural signiﬁcance of the Pistols' only bona-ﬁde studio album, but its impact on modern-dayelectric guitar playing is difﬁcult to overstate.

Recorded between March and June 1977 by Pink Floyd's Dark Side Of The Moon mix engineer Chris Thomas, the blistering assault of Steve Jones' multi-tracked Les Paul is arguably still one of the biggest and ﬁnest guitar sounds ever committed to tape.

For all the shock value attached at the time to Rotten's inﬂammatory vocals and the band's confrontational iconography, more than three decades later what's striking is just how catchy and accessible a record it is.

You can hear its sonic aesthetic stamped all over almost any music with loud guitars and a sneer, from post-punk and new wave through to Oasis, swathes of American alternative rock bands, and even electronic artistslike The Prodigy and Lydon's own Public Image Ltd. Not just an album, but a manifesto for those who followed. And lest we forget, RIP Malcolm McLaren - the man with the plan who made it all happen in the first place.

Here's how to debut your new song on TV. And how punks wear pink.