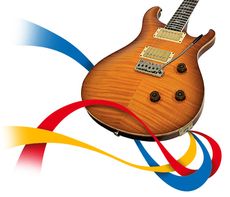 Guitarist: Why would life be better under a Conservative government?

"Life would be better for musicians under a Conservative government for five key reasons:

"We will return National Lottery to its original four pillars, providing an extra £40 million to the arts every year, and ending over a decade of Labour raiding funds so badly needed in the musical arts.

"We will support live music. The Government rejected the Live Music Bill, but we will continue to fight for a reinvigorated live music scene.

"We will support the measures in the Digital Economy Bill designed to fight illegal filesharing. Musicians should be able to sell their music to make a living.

"We will establish a National Music Week, bringing together children, educational institutions and professional groups for a week-long festival of performances and engagement.This will also involve the artists that inspire our children to emulate their success.

"We will fight for the future of local radio. Local radio supports many small and upcoming musicians, and we should maintain the analogue signal until such time that we are ready, as a country, to switch to digital."

Guitarist: Why would life be better under a Labour government?

"The music sector in Britain is thriving. We're providing over £100 million of funding this year to support music organisations and we will maintain that funding.

"We want to do more to encourage live music performances. The Licensing Act gets a bad press, but there are more premises licensed to put on live music and more live music is being performed. But there is a case to make it easier for small establishments to put on live music acts, which is why we propose excluding small venues with a capacity of up to 100 from the Act.

"In schools we're investing over £300 million to improve music education. We will continue our drive to ensure all children experience good quality music and have the opportunity to develop their talents."

Ben Bradshaw, Secretary of State for Culture, Media and Sport, the Labour Party.

Guitarist: Why would life be better under a Liberal Democrat government?

"We will reintroduce the rule allowing two performers of unamplified music in any licensed premises without the need for an entertainment licence.

"We will allow licensed venues for up to 200 people to host live music without the need for an entertainment licence, and remove the requirement for schools and hospitals to apply for a licence."