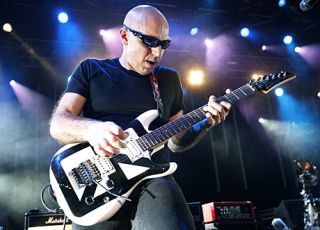 All-round guitar god Joe Satriani has announced that he'll be playing a series of UK gigs later on this year. Of late, Satch has been devoting much of his energies to making rock 'n' roll supergroup Chickenfoot one of the hottest bands around, so it'll be exciting to see the Professor take centre stage again.

What makes this new seven-date outing even better is that support comes from Simon McBride, the great Northern Irish blues guitarist who you may be familiar with from his demos for PRS Guitars and his debut album Rich Man Falling.

The confirmed dates are: