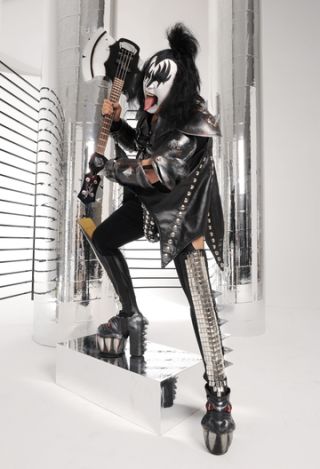 Gene Simmons describes Guitar Hero as 'iconic' and he's got a point - the series of videogames has become a worldwide sensation. It's also crossing generation boundaries and getting great guitar-based music to the ears of many who wouldn't otherwise have heard it. Hopefully the knock-on effect is that some of those people then want to play it on a real guitar.

Here Gene talks about how and why he's involved as the voice of the latest installment, Guitar Hero: Warriors Of Rock. It's released September 24 on Xbox 360, PS3 and Wii.