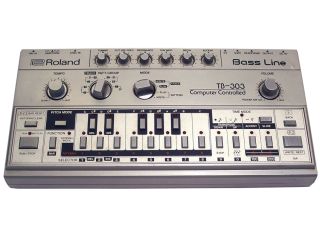 Whether you make drum ‘n´ bass, hip-hop, trance, house, grime or pop, the chances are that your music will feature synthetic basslines. Here are nine tips for livening up your low-end…

1. Even if you´re drawn to musical styles that regularly feature sine wave basslines, it´s better to use a core sound that´s richer in frequency content then uses a low-pass filter to remove unwanted harmonics. This puts you at the advantage is that you can automate filter changes as your track progresses. A sine wave contains no harmonics, so you won´t be able to use filters.

2. Once you´ve set your low-pass filter to the right position, use an envelope routed to the cutoff to slightly open the sound very briefly as each new note is played. This provides extra articulation, so that the listener will really hear where each bass note plays. The best way to do this is to use short attack and decay times, and no sustain.

3. Amplifier envelopes are crucial tools. Do you want to emulate an electric bass? If so, you´ll need a fast attack, long decay, no sustain and a fairly fast release. If you want something more synthetic, you´re free to make your own choices but remember that nearly all basslines need fast attack times. The last thing you want is for your bass part to sound late.

4. If you´ve constructed your bass sound and find that you´ve got an unused oscillator capable of generating white noise, dial some in for added grit. You won´t need much, but even a touch can add some distortion-like warmth and prevent your bass from feeling too ‘nice´.

"Wherever possible, keep your basslines in mono, so that they come from a fixed, narrow source, usually panned centrally."

5. EQ is an essential tool, whether it´s used to scoop out sub-bass or enhance the higher frequency content. When it comes to keeping your bassline distant from your kick drum, no plug-in will matter more. Put EQ on your kick drum too, but think again if you find you´re creating the same curve for both instruments.

6. After EQ comes compression. This can produce a range of results, from sharpening the attack time, to smoothing the decay into something more sustained. You´ll probably want to restrict the volume range of the notes as well, so that nothing gets lost or sticks out. For tricky passages, use volume automation too.

7. Wherever possible, keep your basslines in mono, so that they come from a fixed, narrow source, usually panned centrally. If your synth plug-in forces you to work in stereo, immediately switch off any internal effects that encourage stereo width and try to be as ‘mono´ as possible with your parameter tweaks.

8. If you´re programming a sound from scratch, decide how your kick drum and bass parts are going to work together, both sonically and musically, as early as possible. Whether you favour a strict off-beat bassline to avoid kick drum conflict, or something more syncopated, hooky and catchy, make this decision early on and it will positively affect the rest of your production.

9. Unless you´re incredibly careful, it´s best to avoid using delay, reverb and the like on bass parts, as they tend to make them murky and unpleasant. If you´re determined to build in some ambience, be sure to filter the plug-in, so that you only add the effect to the higher frequency content.