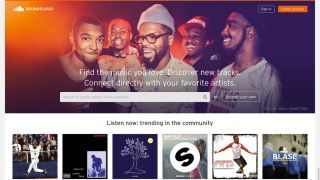 Whether you're putting together a full-on remix, a quick mashup or a cheeky re-edit, these invaluable tricks, techniques and pointers will keep you on the right track.

For more remixing tutorial action, pick up Future Music 297, which is on sale now.

Try out unusual combinations of material - as long as the music fits together, the more sophisticated audience loves surprising juxtapositions of styles. Re-editing familiar tracks into unusual new arrangements can help re-invigorate them too.

Don't go overboard on the processing. If you're using already mastered tracks they almost certainly don't require further gain reduction. EQ can be useful to help two tracks sit together in a mashup, but won't usually be necessary otherwise unless you're working with a particularly poor or vintage recording.

Make your intros as DJ friendly as possible. That don't have to be ridiculously long and beat-centric, but a few clues to a track's tempo during its intro can make all the difference in a stressful mixing situation.

Don't layer two different vocals on top of each other if you can avoid it. It almost always sounds horrendous, makes vocals less intelligible and your mix feel messy. If you're struggling to make an arrangement work, try looping the previous part rather than proceeding to the vocal section.

A Point Of Law

Taking someone else's copyrighted work and distributing it without permission is what's known in UK law as copyright infringement, and the owner of a work (or its exclusive licensee) has the right to take the infringer to court. So, distributing a re-edit or mashup of someone else's work could potentially get you in legal hot water; this becomes much more of an issue if you're getting rich off it in some way, in which case you should look to get clearance. If you're not selling or offering the work for download, however, you'll likely simply receive a takedown notice. However, SoundCloud have been increasingly active against infringing accounts, so take care if you're keen to preserve your username and play counts! If you're looking to widely share an edit or mashup, the safest bet is to reach out to the copyright holder.

Deep down and (not) dirty

Even if you've got two tracks that sound great together, simply playing one over the top of the other will likely cause you issues in two key areas: vocals and bassline. We've mentioned clashing vox above, and dual bass is a potentially even bigger sin. The solution is simple, though - keep your low-end clear by using EQ to attenuate the

If your mashup has a dramatic switch from one track to another, it might sound jarring, even if you've warped everything perfectly. A quick and easy way to prevent this is to distract the listener with something else - say, a white noise riser and reverse cymbal crash before the moment of transition, and an impact FX when the new track drops in. This masks the change and also adds an extra layer of excitement and interest to your mashup. Spin delay - automating the send level of a track to a return track with a delay on it - can work wonders too, especially if the first track has a vocal or hook at the end of the section.

The best mashups use clever arrangements to maximise their impact. First, introduce one idea that will excite the audience - for example, allowing the first track's breakdown to play for an eight- or 16-bar section; then adding, say, the vocal from the other track over the top, surprising the audience and hyping them up for the drop. Another way to build anticipation is to drop a familiar element from the second track into the build-up of the first; for example, a sound effect, drum fill, vocal snippet, or catchy hook melody. This teases the audience, and gives them a sense of satisfaction when the teased track reveals itself fully.

Swing involves playing every other sound triggered at a specific note resolution (typically 1/16 or 1/8) slightly late to create a lopsided groove. The high amount of swing used in classic US garage makes it sound 'skippier' in comparison to, say, minimal techno, and if you try and layer two tracks with different amounts of swing, they'll sound as though they're not sync'd properly. If you're desperate to make them fit together, use your DAW's 'extract groove' function to analyse the swing pattern of one of the tracks, then apply that groove to the other track.