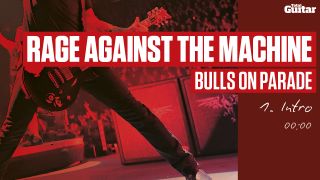 Pick up Total Guitar issue 217 (on sale 8 July to 4 August) for an exclusive interview with Tom Morello in which he tells TG all about the mindset and musical approach behind one of Rage's most explosive moments. There's also a backing track, a guide to nailing the guitar tones and the scales and chord diagrams from the tune.

Read it!
Every song has a story. Where possible we speak to the musicians and studio technicians to explore the inspiration, as well as the writing and recording processes behind your favourite songs.