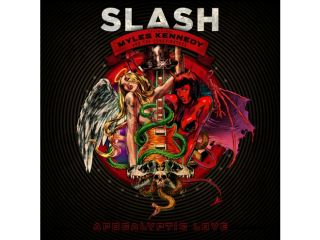 Scroll down to stream a teaser of 'You're A Lie' the first single from Slash second solo album, 'Apocalyptic Love'.

The 30 second sample debuted through Australian radio station Triple M, which will be hosting the world premiere of the full track on Monday (27 February) and Slash will also be making an appearance on the show.

'Apocalyptic Love' is the first Slash album that the guitarist has recorded with his live band, now dubbed Myles Kennedy & The Conspirators.

Stream the Slash 'You're A Lie' teaser