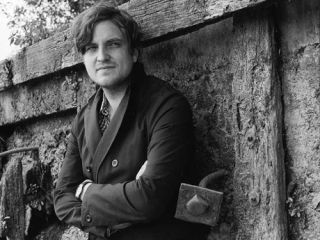 Raised less than an hour from Liverpool on a steady diet of John Lennon and The Beatles, James Walsh has been a life-long appreciator of the working class hero. TG spoke to the songwriter about Lennon's flawed character, sticking it to the rock journalists and his melodic rhythm guitar.

Most songwriters in rock and pop music have been influenced in some way by John Lennon's work, what do you identify with most in Lennon's music?

"I think he was one of the first writers to do away with metaphors and go for the jugular when it came to his more emotional songs. I really love his later stuff, because I think it's quite easy to write about heartbreak and the real dramatic emotions that you go through when you're young, but what I think is fantastic about Lennon is that when he was older he could just as easily write about how much he loves Yoko and Julian and Sean. That's the hardest thing to write without sounding cheesy or mawkish and he had that unique ability."

What do you think it is about his music and playing that's created this legacy?

"I think the amount of emotion and different genres that he managed to combine, there's no real archetypal John Lennon song: he was able to do everything. It helps that he was such a huge personality as well, he was so politically active and obviously a big peace campaigner and that's just added to his legend. As has the fact that he was obviously a flawed character. Towards the end of his life he had begun to recognise that and feel slightly bad about it. He tried to make it up to everyone that he had hurt along the way and that's quite unique for an artist I think."

Lennon and the North

What are you first memories of The Beatles/Lennon's writing?

"My Dad told me that he used to play 'Beautiful Boy' when I was first born, but obviously I don't remember that myself. I do remember growing up that he had a box set of everything Lennon had ever recorded and I used to delve into that frequently. I remember hearing '#9 Dream' and thinking 'I've not heard anything like this before'. It's one of the first songs I've ever heard that didn't stick to the standard structure. What was unique about John Lennon was that he did stuff like 'You've Got To Hide Your Love Away' and I think that was a massive signpost as to what was to come really. Prior to that it had all sort of been 'Eight Days A Week' and the fun-loving, 'mop-atop' theme, then all of a sudden it's this raw, emotional song like that. Lennon was breaking new ground - he was taking what Dylan was doing and singing it better."

You were born and raised in the North West of England, were The Beatles still a strong presence there when you were growing up?

"Oh yeah, Liverpool is massively proud of The Beatles and it's great the way the city has kept Lennon's legacy alive - its named the airport after him and there are statues everywhere. It always gets me when people say that Liverpool makes too much of The Beatles connection, I think any town or city that has had the greatest band in the world come from there is well within its rights to celebrate that."

"Be honest and unmerciful"

You're a multi-instrumentalist, like Lennon was, do you draw any inspiration from his guitar technique?

"With Lennon - and more recently, James Dean Bradfield - I've always marvelled at how they were able to put so much melody into their guitar playing and sing at the same time. I think that's something that I've always admired and tried to do with my own stuff. There are loads of people out there kind of bashing away playing rhythm guitar, but it's the real greats that make it interesting and still deliver on their vocal performance as well."

As a songwriter, what have you learned from Lennon?

"Honesty in songwriting I think is the biggest lesson from John Lennon. I think, particularly towards the later albums where has writing about his domestic bless, that he wasn't particularly popular with some of the so-called 'rock 'n' roll' journalists who were still living like they were 21 with needles hanging out of their arms or whatever. But he was honest enough to write about that and make it good. At the end of the day, you've just got to be honest about your situation that's what he did."

"'Don't Let Me Down' is the song that I always play. I've been covering that song since I was at college and only just 16. It's a soul song and it's amazing to think that it didn't make any of the albums. People talk about Oasis B-sides being better than the A-sides, but I think that some of The Beatles songs that never made the records were incredible. I think as you get older and have kids, you empathise a lot more with some of the songs. The good and the bad relationships that he had with his kids and the regret and joy that ran through his songs and lyrics, having children helps you to appreciate that."