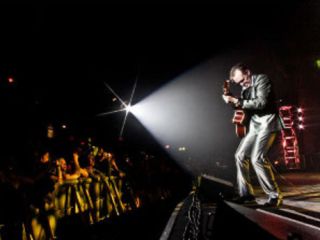 Guitar virtuoso and blues star Joe Bonamassa has announced a string of UK tour dates due to kick off this October.

The tour will be Bonamassa's first UK tour in support of his new album 'Dust Bowl', set for release on 21 March. Tickets will be available from this Wednesday (2 March) via SeeTickets.com and TheGigCartel.com. There will also be a limited amount of 'pre-sale' tickets available through PlanetRock.com from today (28 February).

Check out the full list of tour dates below and Total Guitar issue 212 (on sale now) for a five-page feature with Joe Bonamassa, including a track-by-track guide to 'Dust Bowl' from the man himself.