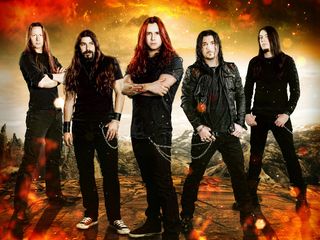 Firewind have announced a series of four UK shows this September, representing a chance to see Ozzy Osbourne guitarist Gus G do his thing up close. Scroll down for the full list of dates.

The band will kick off the tour in Southampton on 9 September at The Talking Heads, before heading to Manchester, Glasgow and Reading on 10, 11 and 12 September respectively. Support will come from Swedish metal stalwarts Wolf.

Alternatively, you can also catch Gus G appearing with Firewind on Friday 8 July at this year's Sonisphere festival.

Here's a bit of a taster, in advance of the tour...