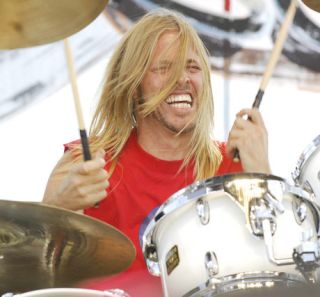 As if any proof was needed, Taylor Hawkins has gone and shown us all the full extent of his talents.

Yes, it turns out that not only is he handy behind the kit and as a frontman - he can do both at the same time!

The Foo Fighters drummer handled both vocal and drum duties during a recent Jimmy Kimmel Live performance with his band the Coattail Riders.

Taylor and co ran through 'Not Bad Luck', a Queen-tastic cut from the band's blistering new album Red Light Fever.

Check out the video for yourself below.

Taylor recently spoke about the recording of the album.

He said: "This is the music I love, the pop and rock of the '70s - well, the '60s too. I was in heaven writing and recording these songs, and I think you can hear how much fun I had making the album."

Red Light Fever is released on 10 May.