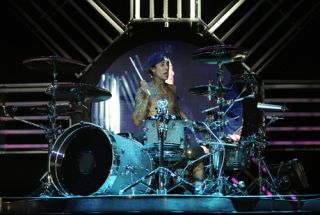 Travis Barker is considering hypnosis to help him overcome his fear of flying.

Barker told Rolling Stone: "I can't do as much touring as I would like because I don't fly. It's an obstacle. I'm working on it though. I'm trying to get hypnotized, trying to talk to a doctor who retrains your brain. Maybe he'll help me fly again one day.

"I want to go to Australia. But that would take me 31 days on a boat. I don't know if I can do it. It's a little harsh, but I want to go there so f***ing bad. I want to go to Brazil. I've never been to South America. I've never had this obstacle in front of me before. I love playing the drums. I love touring."

The Blink-182 drummer was involved in a plane crash in 2008 in which four of the six people onboard - including two of his friends - were killed.