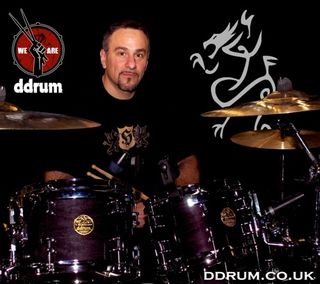 Sick Of It All drummer Armand Majidi has agreed a ddrum deal.

The hard-hitting hardcore master took his new Dios M Series kit out on the road during the band's recent tour with AFI.

Armand said: "This Dios M series kit is awesome. The toms are super bright and lively and the kick cuts through a heavy mix with ease. They give clarity to the chaos and power to the punch!"

Sick Of It All's new album, Based On A True Story, is out now.