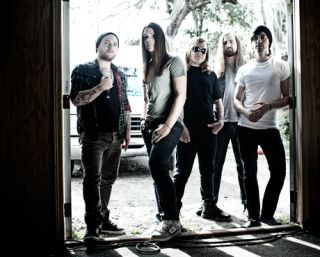 Who are they? US post-hardcore favourites with an ear for an arena-sized rock hook or two.

Why should you check them out? Because they sound like Young Guns and Blitz Kids only more prone to violent outbursts!

Red Jumpsuit Apparatus have come a long way since covering pop punk tunes as they found their feet the best part of a decade ago.

Their latest EP, Hell or High Water, shows that some of the hook-heavy sensibilities of those early days remain, but they've now been coupled with a post-hardcore venom that sets them apart in a somewhat saturated market.

With a UK tour currently in full flow and a new album coming later this year we can't get enough of these guys at the minute. Find out why by checking Jon Wilkes and co out before the nationwide jaunt ends later this week.