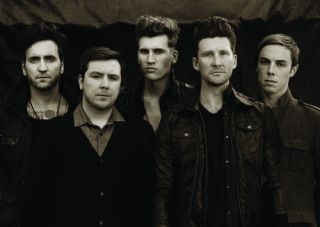 Who are they? Hook crazy US alt rockers hitting their stride with album number five.

Why should you check them out? America loves them, and the UK will do soon as well, it's only a matter of time.

Do yourself a favour and check out America's best-kept secret while they're in the UK this week for a nine-date jaunt.