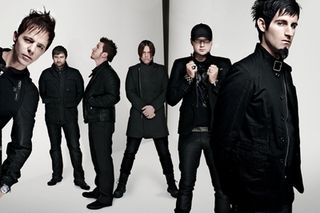 Rhythm Hot Artists KJ Sawka and Zach Hill are in for a busy few months after both announced new plans for later this year.

Back at the turn of the year we put both KJ and Zach in our Hot Artists that you should keep your eyes on in 2010 rundown, and both have more than vindicated their selection already this year.

It has today been revealed that KJ will be hitting the road later this year as Aussie favourites Pendulum kick off a huge new tour. The drum'n'bass party rockers will head out on an arena jaunt in December taking in these dates:

KJ isn't the only Hot Artist hard at work, as Zach Hill has just announced that his second solo record - Face Tat - will drop on 19 October.

Describing the album, Zach said: "There's an emphasis on experimenting with 'destroying' sounds, so that the source of the melody, rhythms, vocals, etc, is not recognisable or traceable, and then building these things into abstract forms of pop music with conventional structures."

To take a look at the full list of Hot Artists grab a copy of Rhyhtm's February issue, which you can find here.