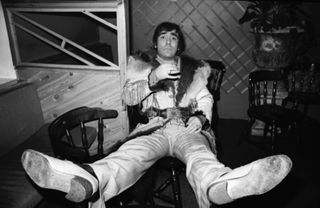 We knew the London 2012 committee had their sights set pretty high for this summer's Olympic gigs, but this is very ambitious.

Those behind organising musical performances at the Games enquired as to whether Keith Moon would be available to take part, according to the Metro. The flaw in the plan is, of course, that the former The Who drummer passed away in 1978.

The newspaper reports that The Who's manager Bill Curbishley revealed the offer in a new interview with the Sunday Times: Curbishley said: "I emailed back saying Keith now resides in Golders Green crematorium, having lived up to the Who's anthemic line 'I hope I die before I get old.'