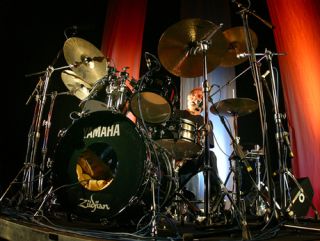 We're big Steve Gadd fans here in the Rhythm office. So you can imagine our delight at last week's news that the Mission From Gadd tour has been rescheduled for September.

In fact, we were so delighted that we decided to take a look back at Gadd's four decades at the top. From 'Chuck E' to Clapton, Steely Dan to Paul Simon, we left no stone unturned.

So, sit back and check out the five beats that have defined the legendary stickman's career.

Surely the most iconic beat in Steve's considerable back catalogue of licks. The military-style snare complements the track's delicate guitar line perfectly. The main snare beat is beautifully punctuated by the on-the-money hi-hat work. Check out the live video below to see exactly why this is regarded as such a drum classic.

An eight-minute epic filled with hand/foot triplets, a classic Gadd feel and a sublime solo, Steve recently told Rhythm that his drum track for 'Aja' was in the bag after just two takes. Take a listen to the 1979 original below to fully understand just what an impressive feat that is.

Even the best part of three decades after it was recorded, drummers are still listening to 'Aja' in awe, hence this video which breaks down the iconic fills of the track. Take a look and learn all about Gadd's use - and adaptation - of the ratamacue as 'Aja' enters its final stages.

'Aja' wasn't the only iconic drum track Steve laid down in 1979. He also got behind the kit for jazz pop breakthrough artist Rickie Lee Jones on her hit single 'Chuck E's In Love'. Steve locks into the song's laidback groove throughout, but it's the mid-track breakdown that sets 'Chuck E's In Love' apart from the rest.

Paul Simon - 'Late In The Evening'

'Late In The Evening' sees Steve further his reputation as a drummer not afraid of trying something beyond the norm as he beats out a Mozambique groove with two sticks in each hand, moving between the toms and floor tom rim to create yet another unmistakable Gadd lick and an absolutely irresistible groove.

If you missed our recent Steve Gadd cover feature, you can pick it up from Myfavouritemagazines.co.uk.