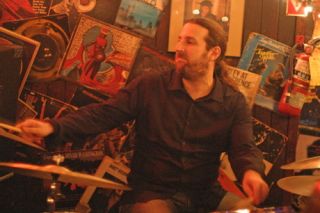 Aaron Comess is over in the UK this week as the Spin Doctors celebrate 20 years since their breakthrough record Pocket Full Of Kryptonite. We grabbed five minutes with Aaron to find out about the tour and plans to reissue the album to mark its anniversary.

The band continue their UK jaunt tonight with a show in Manchester, and Aaron told us that the tour is all about paying tribute to Pocket Full Of Kryptonite.

He said: "For us it's about celebrating the record. It's something we 're really proud of and still sounds great 20 years later."

"So we'll put those on the CD and some outtakes from the Pocket Full Of Kryptonite sessions and some live tracks. They'll be some nice stuff that'll show you what we were doing at the time."