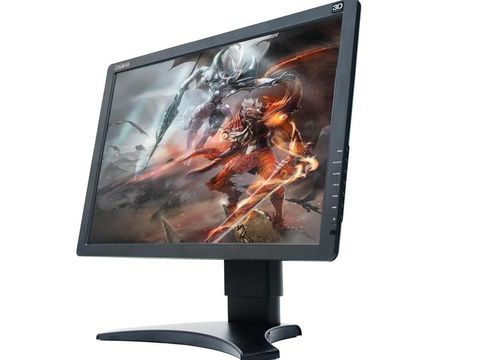 Since Sir Charles Wheatstone invented three-dimensional imagery in 1840, it's a concept that has fascinated and enthralled. However, 3D has never quite managed rocked our worlds in any meaningful way... until now.

The new Zalman ZM-M220W 3D display is startlingly impressive and very addictive, so if you get one prepare to divest of at least half of your social life.

The three dimensional effect of the monitor works by transposing two slightly different images on a screen at once. The filters in front of the display then work in conjunction with a lightweight (and rather dashing) pair of polarised glasses so that only one of the images is viewed by each eye.

Then your brain meshes the images together to create a lush three dimensional effect. Thanks to the fact that all games have been rendered in 3D and videocard drivers are delivering the effect anyway, this can be viewed in almost any game. There is an extensive list of titles listed on the monitor's 3D set-up screen and more are added regularly. These include anything from Half-Life 2 to Age of Empires.