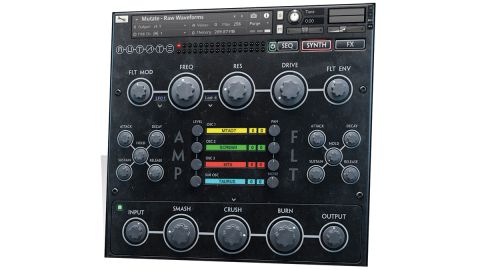 Mutate's engine is thoroughly usable and flexible enough to get the job done, while the soundbank is a versatile source of interesting and edgy sounds, with an emphasis on bass and EDM flavours.

The Raw Waveforms NKI features three main oscillators, each of which can load one of 42 multisampled waveforms, and a sub-oscillator with five available waves; while Designed Presets offers 142 looped multisamples of programmed patches, with filtering and modulation cooked in, and controls for start point offset and randomisation.

The three-page scripted interface for both incorporates filtering, distortion, modulation and unison, plus a powerful 14-lane, 32-step sequencer for modulation of a fixed set of parameters (pitch, filter cutoff, effects, etc), and Modulation (Flanger, Phase or Chorus), Reverb and Delay effects.