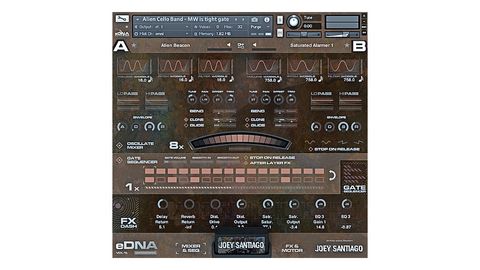 A fittingly impressive library for a superb player.

The problem with signature sound libraries can be the difficulty of placing their content into other contexts.

The basic guitar tone is captured through a variety of great amps and from different mic positions. 18 different styles of single-note multisampled plucks provide the bread-and-butter content here, alongside some heavily processed tones by Joey himself.

The 'Pad' and 'Mutation' presets load a bunch of looped playing segments into Spitfire's eDNA engine for serious warping, and with a plentiful supply of modulating options.

With an uncompressed size of 14GB, this isn't a small collection - and at £199 it isn't an impulse buy. However, the more you dig and play, the more you discover the ways in which it can be used.