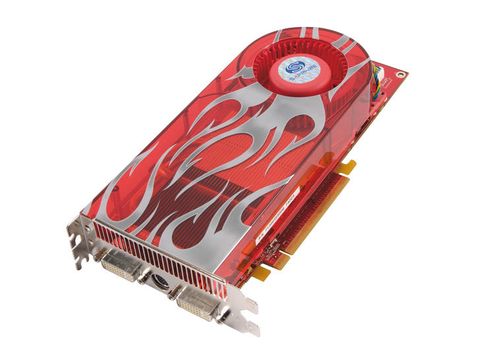 Given the current complications surrounding DX10, this actually represents a fairly decent bet

AMD/ATI's first DX10-supporting card is with us. Its pricing, plus our DX9 benchmark tests, place it as a competitor to the 680MB version of the 8800GTS. This is an underwhelming entrance for a card that's well over six months behind the launch of Nvidia's first unified-shader DX10-ready cards.

And, what's more, ATI/AMD doesn't even have its mid-range cards ready for launch yet, so there's no current competition for the 8600 and 8500 series of GeForce parts. In the timeless battle for graphics card superiority, this round definitely goes to Nvidia.

If you've read the review of the Asus 8800 Ultra , you'll know that DX10, like so many other elements of Vista, is still embryonic; even the top-shelf graphics cards struggle to put out reasonable performance figures under the new API.