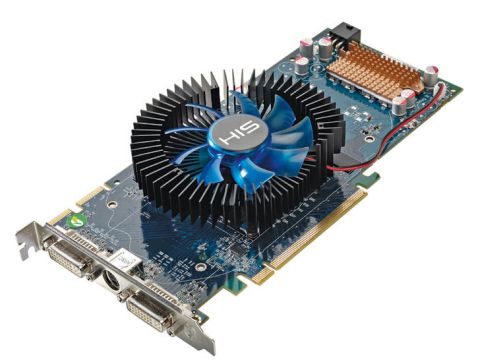 AMD needs to sort itself out and price its cards more sensibly. As it is, this card is outdone by the competition on price and performance

And it was all going so well for ATI. Choosing to concentrate on mid-range graphics cards and letting Nvidia run off with the monolithic chip design seemed to be paying off - the HD4850 competed with Nvidia's mid-range cards and the dual-GPU 4870X2 went for the high-end jugular. But this 'budget' 4830 feels like a slip up.

AMD is trying to position its new card around the lower end but, at £90, describing the 4830 as a budget card is like trying to pass a rabid, two-legged poodle off as a pedigree dog.

It's only about £20 less than the far more fully-featured 4850. So yes, it is less expensive, but in terms of performance it just can't compete with its stablemates or Nvidia's spread of mid-range cards. The results were, disappointingly, pretty much half those of a 4850 - a card already competing with Nvidia's even cheaper 9600GT.