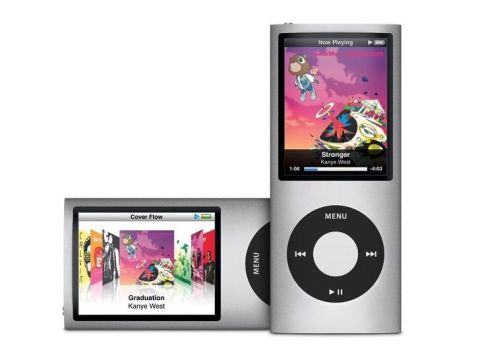 The world's best light-weight MP3 player just got better. Shuffle to shake is just a gimmick really, but the larger screen and Genius playlists make it an essential upgrade

We're considering starting a petition to officially designate September as Apple iPod month, since it seems the first month of autumn has been graced with new iPods for as long as we can remember.

This year is no exception either, with Apple launching a brand new range of whisper-thin iPod nanos in nine exciting colours as well as a refined iPod touch.

Unlike the touch, the new 4th gen nanos look completely different to their slightly stubby predecessors.

Although if you think they look familiar, it's because they look exactly like the even older, tall and thin 2nd generation nanos, except that the 2-inch (on the diagonal) screen is noticeably bigger. And of course, at just 6.2mm it's much, much thinner.