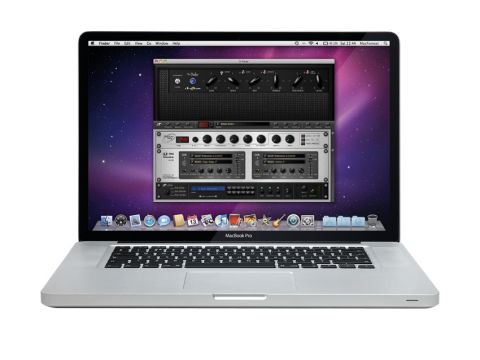 In the guitar amplifier world, there are the well-known brands, and then there are the boutique builders, often one-man operations with an emphasis on original designs and premium quality. That sort of delineation is perhaps also becoming apparent in the world of amp modelling, Scuffham Amps being a case in point.

The brainchild of Mike Scuffham, who previously worked for Marshall and developed the respected JMP-1 preamp, Scuffham Amps currently has just one product, S-Gear - amp-modelling software that can run as a standalone program or as a VST or AU plug-in in your DAW. S-Gear doesn't go in for a huge range of models; instead, it features a rig with a choice of three amps, limited effects plus some comprehensive cab modelling.

S-Gear's GUI is neat and tidy and simple to operate. The screen always shows the amp and its knobs, plus details of the active preset, but you can click a couple of buttons to enlarge it by dropping down the delay and speaker modules if desired. 200 user memory slots are available, alongside 100 factory presets that give a great overview of what S-Gear is capable of by providing a range of instantly usable tones.

Playability is high on the Scuffham agenda, and what you get here is very responsive to playing dynamics and cleans up nicely when backing off the guitar volume. The three amps, The Duke, The Stealer and The Jackal, are broadly different from each other, but none of them are clones of specific models - they are, however, influenced by certain designs.

The starting point for The Duke was Robben Ford's tone, and it's designed with a subtle scoop in the midrange and rise in the treble, making for a nicely detailed clean channel. A choice of normal, thick and bright voicings on the overdrive channel offers more options on the dirtier sounds.

The Stealer is the most Marshall-like of the three, being influenced mainly by an old Park 75 head, but the traditional Marshall tone has been given added versatility with a bright contour control that is designed to influence the brightness independently of the gain, so you don't necessarily have to lose glassy brightness as the gain is increased.

The Jackal is Scuffham's high-gain amp and has a definite Soldano vibe. It features multiple gain stages, and a 'cold-biased' tube stage, as found in an SLO100, and offers plenty of throaty upper midrange overdrive and a fluid lead tone.

Effects are available in a rack that can feature two instances each of the ModThing modulation processor, which supplies chorus and flanging, while the DelayThing delay processor features a wide range of delays, available via its analogue and tube modes. All the usual delay parameters are present, with the added bonus of stereo width control and modulation, so you can dial in chorus and tape echo sounds.

While delay can add a sense of space that enhances the experience of playing through the software, it's a bit obtrusive in some of the presets, and we did miss a little reverb. Reverb is apparently in the Scuffham pipeline, but for the moment, if you are using the S-Gear as a DAW plug-in rather than in standalone mode, other effects plug-ins could easily be added to the chain.

Overall, there's a cool realism to the sound. This owes plenty to the ProConvolver speaker emulation, which utilises convolution technology and features two channels that can be panned separately for a C Stereo effect. Impulse responses from the RedWirez collection are available, and include1x12,2x12,4x10and 4x12cabs,witharangeof mic'ing options.

You can also import other WAV impulse responses or make use of 1 x 12 and 4 x 12 IIR filter options. More tonal tweaking comes courtesy of the Z control, which recreates the effect of speaker impedance driven by a valve power-amp stage, with a final polish from bass and treble EQ for each channel.

With just three amp models on offer, and none of them strict copies of the obvious amps that all other amp-simulation programs have by default, the thinking might be that S-Gear is not that versatile. Not true: the differences between those three amps, combined with the solid tweakability of the speaker emulation, means that what you get is access to a really broad range of tones fit to grace any recording.