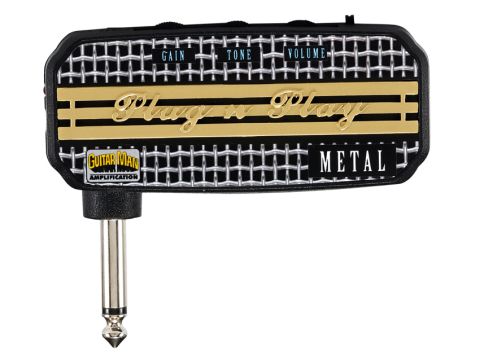 If the EQ could be used to scoop the tone that'd be something, but the tone is too rounded for a genuinely fulfilling metal experience.

No selection of tone generators would be complete without one dedicated to metal.

The secret is to marry crushing amounts of gain with ferocious highs, fat, expressive lows, and not too much in the middle.

However, with anything less than full gain the tone is too middly and flabby: winding up the gain only increases the fizz. Consider Dimebag's solid-state rhythm crunch, yet without any real depth or definition. Palm-muted chords bark rather than crush and despite plenty of gain on tap, it's not a patch on the Vox Metal AmPlug.