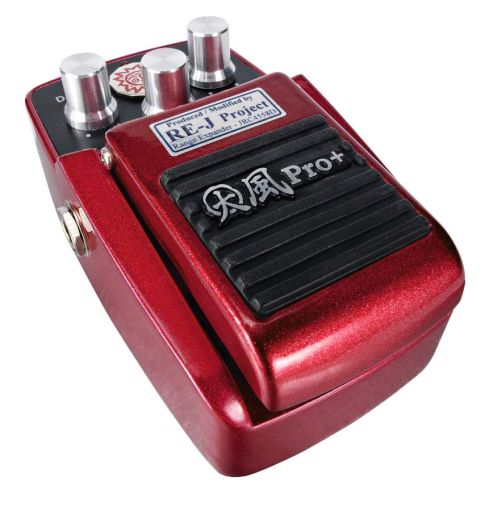 This pedal offers a viable alternative to resorting to seeking out battered vintage units on Ebay.

Most digital delay pedals have features designed to emulate that vintage analogue delay sound if you want it, but how about the real thing?

Analogman's AR20DL is a real analogue delay using old-style bucket brigade chips to create those blurry, warm repeats that blend so nicely into the overall sound.

Based on pedals like the BOSS DM-2 and Ibanez AD80, the AR20DL is a very solidly built little stompbox not too dissimilar in size or design to a BOSS compact pedal.

It runs from a 9V battery or power supply and has controls for delay time, delay level and feedback. Unlike all the other Analogman pedals that are entirely built in the US, this one is more cosmopolitan in origin, being sourced from a Japanese company, made in China and then further modified by Analogman in the USA.

The AR20DL does all the things an analogue delay should - from metallic bathtub reverb, through rockabilly slapback to longer repeats up to around 300ms, plus those downright spacey effects you can get by fiddling with the knobs - easily done as the knobs are tall, thin and nicely spaced.

Tonally the repeats are a tad brighter than a DM-2, with a touch more clarity, but they still dissipate in a way that really complements the guitar sound, enveloping and enhancing it.

It is unfortunate that the AR20DL is only available via internet sales and it's also unfortunate, though promising, that each new batch sells out really quickly.