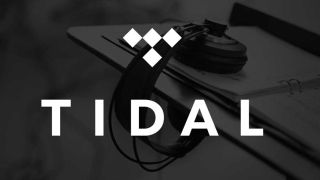 So Tidal is upon us and delivers Spotify-besting sound quality, familiar streaming operation and an exclusives-boosted world of music at your fingertips on desktop and mobile. And - unless you already own the tracks you're listening to on CD - odds are that they sound better here than you've ever heard them before.

Tidal was a little known Swedish venture launching its 'CD quality' USP in 2014 before being bought by Jay Z in 2015. A quick revamp later - and open endorsement by the likes of Madonna, Kanye West, Beyonce (naturally), Deadmau5 and more - and Tidal is back and more in-your-face than ever.

This 'co-owner' relationship with said stars is a key part of Tidal's play, pitching it as a rebellious, anti-corporate, artist-led co-operative that benefits music makers with a bigger cut of the money (in the face of continuing criticism of Spotify's stingy per-track payments) and benefits music listeners through the presence of exclusive tracks and videos and industry unsurpassed streaming sound quality.

Users can enjoy Tidal's surface on desktop and mobile from $9.99/£9.99 per month for a service aimed to match Spotify's quality (but best them on exclusives) plus a premium $19.99/£19.99 per month option that gives extra quality streaming and doubtless ensures those bigger artist pay days. There is no Tidal free service, which has made artists and record companies very happy indeed.

So far so good (certainly for the artist, record cos and song writers) but how much 'better' is Tidal over the likes of Spotify? Perhaps the biggest obstacle that Tidal has is proving this issue of sound quality. The numbers are there - 1411kbps FLAC for Tidal versus 320kbps OGG for Spotify - but hearing that difference is a different matter.

Tidal's premium HIFi $19.99/£19.99 service boasts 'CD quality' and that's a fair claim with the uncompressed numbers they offer. But for £19.99 a month… It can even be argued that the audience Tidal are bringing in with their mainstream celeb tie-ins are - potentially - exactly the sort of audience who blast their jams from the mono speaker their phone or listen via the not-too-stellar earbuds that they got in the box. In reality it's no understatement to say that a 'serious' hi-fi or investment in £100+ headphones will be required to even reliably stand a chance of spotting the difference between Spotify's 320 and Tidal's 1411.

And Spotify offers a 160kbps free service that has hardly got listeners up in arms about sound quality. It's far more likely that Spotify users making the journey to Tidal will certainly notice the £9.99 leaving their bank account more than any increase in quality or loss of ads. Meanwhile the jump to £19.99 seems positively intergalactic. In this arena, the extra bits for extra bucks look like a tough sell. But for the more affluent, or serious listener?… Until one of the major players matches it, Tidal has a clear road ahead.

We've been using Tidal HiFi on desktop and mobile and can report that we've been delighted by all we saw and heard. Curiously (at present) the only browser that Tidal offers up its HiFi option in is Google Chrome, simply greying it out while offering identical features and the lower bit rates in the likes of Safari.

HiFi can be enabled when you've a decent download speed (Tidal recommend 2Gbps minimum) and a data cap to cover it. Otherwise you can engage AAC 320kpbs or AAC+ 96kbps for when things get a little tight. Just to be clear moving to HiFi (and its uncompressed 1411 stream) is nothing like the chasm you might be used to, of leaping between 96kbps and 320kbps MP3 say. It's more like the step up from 320kpbs MP3 to CD. You can hear it and it's great. But '£19.99' great? That's up to you.

It's in the definition between different instruments that you hear the effect most clearly. While MP3 or AAC might bunch sounds together into a 'block' that fills out certain frequencies - delivering a 'near enough' approximation of a 'total' that hits the spot for most listeners - the uncompressed FLAC allow you to hear the layers that go into building that body.

Fizzy pop such as Lady Ga Ga stops being a wall of sound and a pile of expertly heaped synth layers. Rock legends such as Queen's Another One Bites the Dust place players and instruments into the shared studio space in which they were recorded (with a sense of 'amps' and 'tape' I've literally not heard before). And modern classics such as Radiohead's No Surprises feel wider and deeper with wobbly notes and mis-timed plucks and shakes making it all the more human.

The extra detail is in the space. In reverb tails. In all the places that MP3 etc deviously stole data because it thought you wouldn't be able to notice. Only you can. Bruno Mars' vocals on Uptown Funk now have a clear, defined wider backing part and timestretching on Mariah Carey's dance remixes now clearly reveal the shortcomings of Ableton Live. It's worth saying that while Tidal's HiFi top quality playback is instant, jumping around in a track prompts a good five seconds while Chrome re-caches and recalculates the stream but it could be argued that if you're doing this too often then you're not Tidal's £19.99 target.

So what is Tidal like to use? Well, if you've used Spotify it's very familiar. In fact at a glance the two are shamefully identical. But while Spotify tries to keep things light on the surface only to reveal deeper and deeper feature creep and 'where am I now?' and 'how do I get back to that?' moments, Tidal never strays far from the obvious.

Tidal's simple system of 'starring' a track or artist you like in any part of search, radio, playlists etc allows you to quickly mark out things that you like and want to listen to again. Clicking on songs, playlists, artists, albums on the left then brings up your starred 'collection' so far. To this long-term iTunes user it's all very familiar, allowing you to set aside things you like, away from the 25million song hubbub and build a collection that's all yours.

It makes Spotify's attempt to merge real iTunes digital and virtual streaming Spotify catalogue collections (with options to stream or locally store) a confusing and uncertain mishmash minefield that too often placed what you wanted to listen to at any moment potentially out of reach for now. And while Spotify baffles and amazes with shared playlists that let you spy on what your friends are listening (while potentially exposing your own tastes to the world) Tidal keeps things simple with the ability to Facebook, Twitter or Email a link to a track you choose to Share.

Tidal too offers the chance to store music offline, something that is implemented by flicking an 'offline' switch on playlists or albums to place them on board, which feels more obvious than Spotify's multiple routes to do the same thing. Certainly Spotify is more versatile but Tidal is more careful, placing ease of use over clever confustification every time.

We're certain that Spotify's library is larger but it's impossible to spot differences. Some artists have more albums on Tidal than Spotify but finding glaring omissions soon proves a fruitless task. If you can find a band that's on one service and not on the other odds are you didn't want to listen to them anyway.

Famous streaming hold-outs such as AC/DC have a token 'here's a pic of them, now listen to something else' in Spotify but appear in full, all tracks and albums present in Tidal but are greyed out implying that while a deal has yet to be done, that it will eventually, which is perhaps a little ingenuous.

Pulling up compilation albums in Tidal therefore occasionally reveals playlists shot through with such missing artists and its debatable whether Tidal's policy of 'show them anyway' was the right way to go. Worth saying that Led Zeppelin are totally invisible not appearing anywhere and implying that certain artists are further out of reach.

If we're going to quibble on range of tracks here it's worth mentioning Tidal's hard line on 'fake' or 'karaoke' versions which plague any Spotify or YouTube search. While many music listeners seemingly don't mind wading through a sea of soundalikes to get to the track they want, we're certain that even they will enjoy Tidal's focus and desire to serve up the 'actual real thing you want' rather than simply fulfilling search terms to the letter.

Search for an artist on Tidal and you see their albums, playlists and popular tracks. No Spotify-style latest release sub-sections. No tour dates. And certainly no relentless tracklist showing every spin-off, cover version and dubious me-too in a pseudo-random reverse order.

So we come to the crunch time. Choosing between the services is a tricky matter. Free Spotify is free and to many the annoying glimmers of missing features and intrusive ads are worth the pain. Subscribe for £9.99 and you've a fully formed, very popular, tried and tested service that seems to be diligently hoovering up what little money there is left in music.

Like it or not it's here to stay and you feel as though you'll have to join up sometime… But is Spotify doing it the right way? It feels hell bent on music discovery, on serving up tracks and playlists, breaking apart albums, running orders and release dates to provide a musical journey rather than a digital record store. It's the 'new music freedom' that iTunes kickstarted in 2003 but run wild for 2015. It feels for the most part that Spotify would rather have you listening to something you hadn't actually asked it to play.

Tidal on the other hand is a cleaner V1 operation that feels much more focussed on delivering what you want and expect. There are human-curated suggestions at the front end that are well worth dipping into, and when you do get distracted by a new track it's simple to jump into that artist's world with a click on their name, see all the albums in the order they were released, play their tracks (in the order the artist intended) and shift the whole lot in your collection as if you'd just handed over a tenner in a record store.

Spotify is the 'wild west' of music on the internet, seeking to pluck out a surprise at every level of cascading menus and options while Tidal - perhaps boringly - feels more like the iTunes Store only with 90 second previews being replaced by full tracks.

Indeed, anyone with a heavily curated and expensively built iTunes library will feel slight pangs as they get to grips with Tidal, contemplating the careful artwork sourcing and diligent track naming that now - apparently - have been complete wastes of time and money.

Tidal's USP (beyond the potentially mis-guided intention to slam on the anchors and make sure its super-rich founders get more digital dollars) is of course its higher quality and only you alone know if that's worth an extra £10 on top per month.

Yes you can hear it, but if you ripped your CDs at 320kbps (and you're not the sort of person who has a 'special chair' exactly equidistant between their speakers) then perhaps not.

For now however, Tidal sits at the top of the streaming tree.