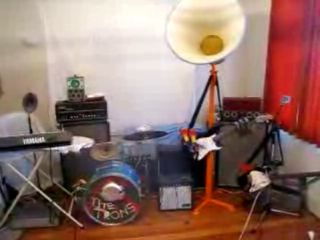 The Trons: great until there's a power cut.

With so many 'virtual players' now on the market, session musicians are right to fear for their futures in the studio, but we didn't think that technology would go so far as to eliminate the need for real band members on the stage. However, we reckoned without The Trons, a robotic band who hail from New Zealand.

A recently-posted YouTube clip demonstrates that the band are capable of making a more than passable sound - we've certainly heard worse performances in our local pub - and there isn't a computer in sight. These robotic rockers play real instruments, though how they do it, we're not quite sure.

The Trons played a couple of shows at New Zealand's Ignition Fringe Festival over the weekend, and we hope there will be more to come (though, presumably, acoustic sets are out of the question).

MusicRadar can't comment on rumours that there's currently friction between the lead guitarist and keyboard player as they vie for the affections of a particularly amorous vacuum cleaner.