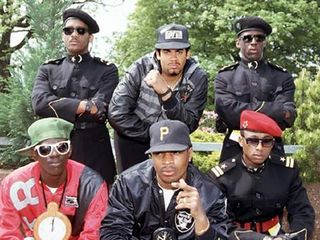 The Roots have unveiled the line-up for their second annual Roots Picnic in Philadelphia.

Scheduled for 6 June, the standout performance of the one-day festival could well be Public Enemy performing It Takes A Nation Of Millions To Hold Us Back with The Roots and Afrobeat band Antibalas backing them up.

Also on the main stage bill are TV On The Radio, The Black Keys, Santigold, The Pipes featuring Zoe Kravitz and Busdriver. Cash Money and Jazzy Jeff will DJ between performances.

As well as taking to the stage with Public Enemy, The Roots will also play sets on their own at the beginning and end of the day.